From cinemas to soundbars, Dolby Audio is everywhere! Going beyond the ordinary listening experience, the sound technology allows you to hear an extra dimension of sound- literally putting you inside the audio and revealing sound with unparalleled clarity and depth.

Dolby Atmos is as close to cinema sound as you can get without heading down to your local theatre. Filling the room with every audio moment, don’t simply hear but experience those spine-tingling, popcorn-jumping moments from the comfort of your home. Powered by Dolby, the detailed directional effects mean you’ll be able to clarify different moments of your audio in different parts of the room.

What’s the difference between Dolby Atmos and Dolby Stereo?

Dolby Stereo is a sound format that uses 4-channel optical soundtracks for 35mm and 6-channel magnetic soundtracks for 70mm. This produces sound quality that can fully immerse a viewer via specifically positioned speakers.

Dolby Laboratories found a way to eliminate tape hiss and first implemented Dolby Stereo in A Clockwork Orange (1971) for noise reduction on all audio. Callan (1974) was the first Dolby-encoded film. This marked the beginning of Dolby’s noise reduction technology being used in cinemas.

Lisztomania (1975) was branded the first Dolby stereo film using the Left-Centre-Right Channel system. This allowed for Dolby sound to be on both sides while allowing dialogue to stay in the centre.

A Star is Born (1976) was the first Dolby Stereo film to be encoded with the full 4-channel system, which added surround sound to the mix. This was quickly followed by Star Wars (1977). The sci-fi phenomenon used sound to its advantage and many cinemas adopted the 4-channel system we have become accustomed to.

By the 1980s, Dolby brought Stereo to home entertainment with surround sound, allowing consumers to replicate the Dolby sound in their home theatre setup. In the 1990s, Dolby launched Dolby Stereo Digital which reduced the need for cinemas to rely on film strips for audio. Batman Returns (1992) was the first film released using the renamed Dolby Digital.

When DVDs launched, Dolby Digital was both in cinemas and a key player in home entertainment. Flashforward to 2012, and the next chapter in Dolby Laboratories is Dolby Atmos. Dolby Atmos debuted in 2012 with the release of Pixar’s movie Brave and symbolised a new era of 3D sound. Dolby Atmos upgrades Dolby’s traditional 5.1 and 7.1 surround sound setup by adding a third overhead dimension. Dolby Atmos-enabled speakers are specifically designed to recreate aerial sounds using upward-firing speakers. Soundwaves are reflected from the ceiling and redirected back toward the listener.

The growing demand for Dolby Atmos means more and more devices connect with Dolby Atmos. Connecting via HDMI ARC, you can experience an immersive audio experience via your television, Android phone, iPhone, iPad, and MAC.

How can I experience Dolby Atmos at home?

To experience TV and movies in Dolby, you’ll need a content provider with entertainment in Dolby and a device that includes Dolby technology.

Where can I find Dolby Atmos music?

With billions of Dolby Atmos products in the market today, Dolby Atmos Music can be experienced across a wide range of audio devices on leading streaming services including Apple Music, Amazon Music and Tidal.

When connecting via HDMI, experience the difference with Dolby Atmos on Apple Music through your iPhone, iPad and Mac.

Amazon Music Unlimited lets you bring your favourite songs to life in Dolby for an immersive experience that feels like you’ve stepped inside the music.

Define surround sound when you fill the room with the Majority Everest 300-Watt Bluetooth 5.1 Surround Sound System with Dolby Audio, Wireless Subwoofer and Rechargeable Wireless Detachable Satellite Speakers. Designed to immerse the listener in their favourite audio, experience 3D Surround Sound with the Everest’s wireless subwoofer plus Dynamic EQ across Music, Movies & News. Powered by Dolby Audio, the Everest delivers state-of-the-art sound to transform any and every home theatre. Offering cinematic experience and deep immersive bass, sound acts as a storyteller, appearing at various positions in the room. The detailed directional effects make the Everest perfect for movies, gaming, sport, and music.

Take your audio to new heights with the Majority Sierra 2.0.2 280-Watt Bluetooth Soundbar with Dolby Atmos Audio. Immersing the listener in full Dolby Digital Atmos Sound, the Sierra is designed for the audiophile who lives, breathes, and eats sound. With up-firing speakers and powerful main speaker drivers, the Sierra brings a new dimension to home entertainment. Delivering an engaging cinematic experience, personalise your listening experience across Music, Movies, News & 3D Mode. Perfect for the dedicated music fanatic, Dolby Atmos transforms ordinary listening into a charming audio experience. Put yourself inside songs in a new spatial way, revealing every detail of the music with unparalleled clarity and depth. Whether you want to be close enough to the orchestra, to witness a conductor’s emotive instructions or feel the magic of festival life, pump up the party and feel the vibrations.

Maximise your audio with the Majority Sierra Plus 2.1.2 400-Watt Bluetooth Soundbar with Dolby Atmos Audio. Immersing the listener in full Dolby Digital Atmos Sound, the Sierra Plus is designed for the audiophile who lives, breathes, and eats sound. With up-firing speakers and powerful main speaker drivers, the Sierra Plus brings a new dimension to home entertainment. Delivering an engaging cinematic experience, personalise your listening experience across Music, Movies, News & 3D Mode. The theatre-quality sound offers expansive audio and allows the listener to feel every sound. A dream come true for any film buff worth their salt, the Sierra Plus projects you into films and larger-than-life television shows. With the state-of-the-art sound technology, feel the impact of Hollywood’s best Science Fiction shows or experience every side-splitting laugh-out-loud scene, as if you’re on the film set. Placing sound at specific places, a listener can identify what’s happening and where simply by sound, allowing them to enjoy a heightened entertainment experience. 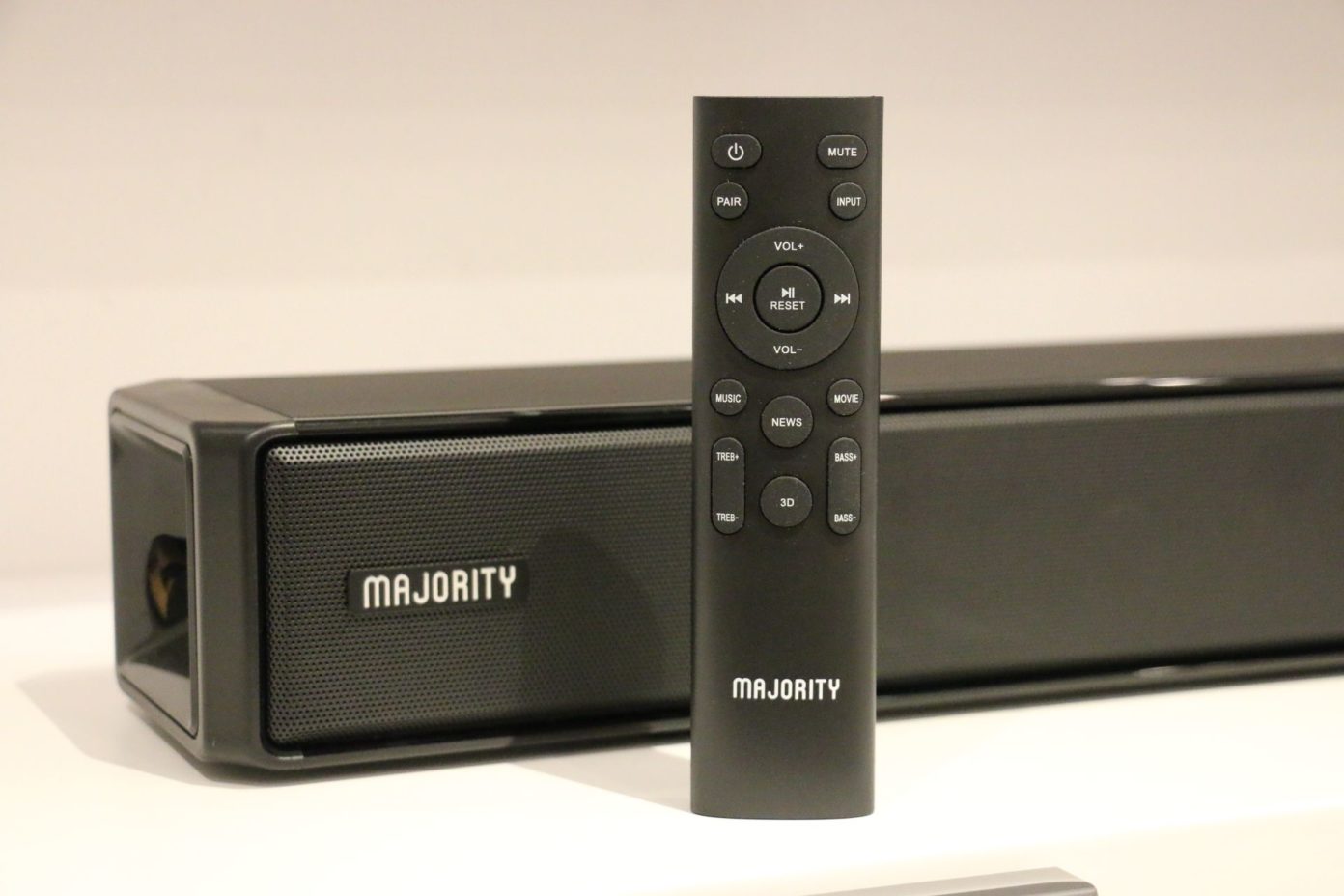 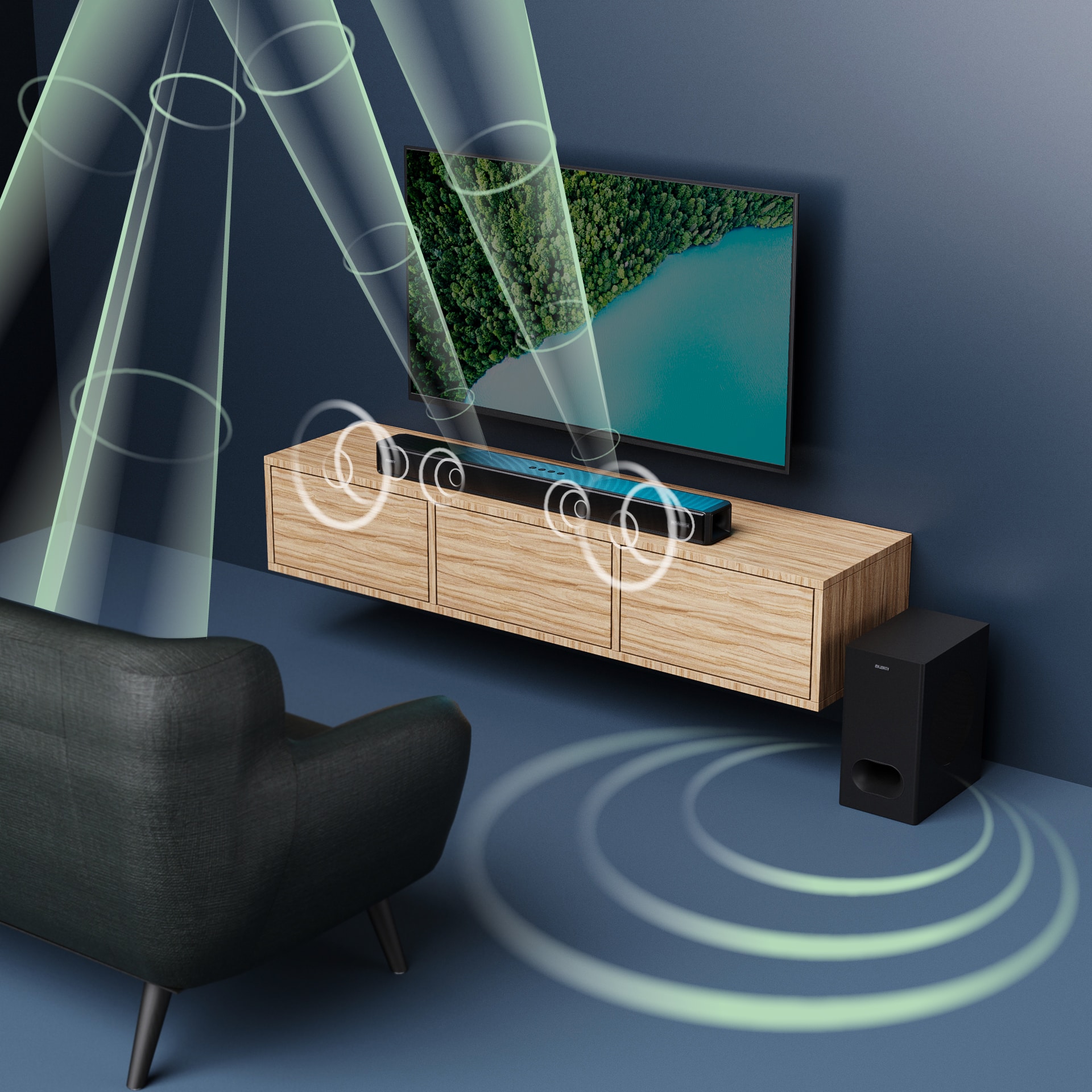 What If Gaming reviews the Majority Sierra Plus 2.1.2 400W Dolby Atmos Soundbar and Wireless Subwoofer 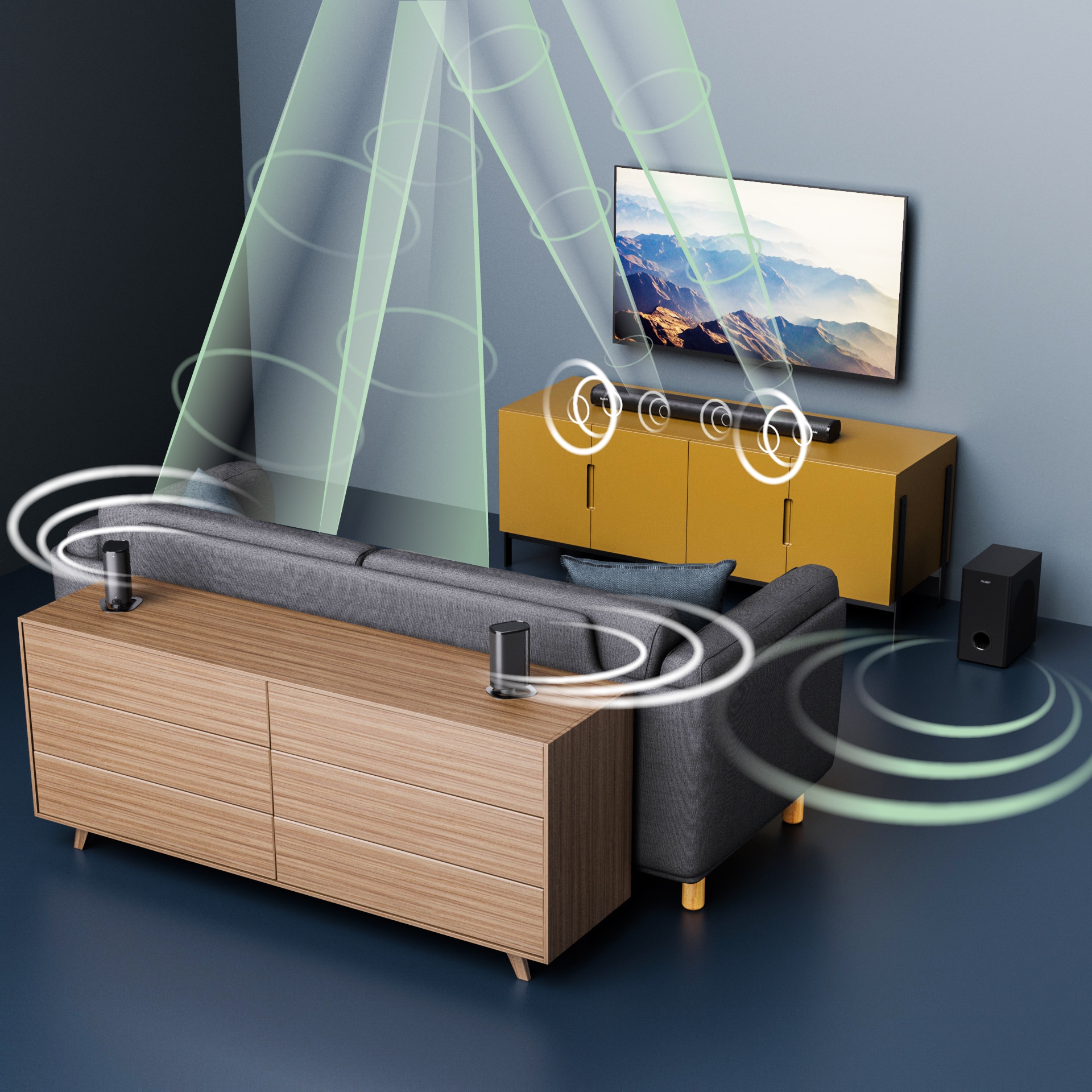